The archaelogical treasures of Khirbet Qeiyafa

Khirbet Qeiyafa is one of the most important sites excavated in Israel over the last decade.

There is some uncertainty about the actual meaning of Qeiyafa in Arabic (some experts believe it refers to “the place with a wide view”), however many believe Khirbet Qeiyafa is the biblical city of Shaaraim, or Neta’im (due to its proximity to the biblical Gederah), and today known as the fortress of the Elah Valley.

What makes the discovery of Khirbet Qeiyafa so important is the fact that among the many treasures that were discovered there a small piece of pottery was found with ancient Hebrew writing on it. Apparently this is the oldest Hebrew writing ever found, which proves that Hebrew was spoken during the time of David and probably even earlier. This means that the Bible was written before the 7th century B.C., as many scholars have argued for years, which to them was proof that all the events in the TEXT were written long after they happened.

Another thing about Shaaraim is its location. It is built on a hill located on the western-most border of Juda (30 km southwest of Jerusalem), which implies that the kingdom of Juda was powerful, big and highly fortified. This all fits perfectly with the Biblical event of David and Goliath fighting in the Elah Valley, when the armies of Israel were on the hill of Shaaraim.

Shaaraim actually means two gates in Hebrew and indeed two gates were discovered there; in addition, a box made of stone is one of the biggest finds so far in the excavations. It’s not yet clear what the box contained, however it appears to be a religious item and together with the ancient Hebrew writing and a large sword that was found there, there is something very significant behind the uncovering of Shaaraim. Unquestionably, a lot more is still to come as the excavations and their findings are analyzed further. 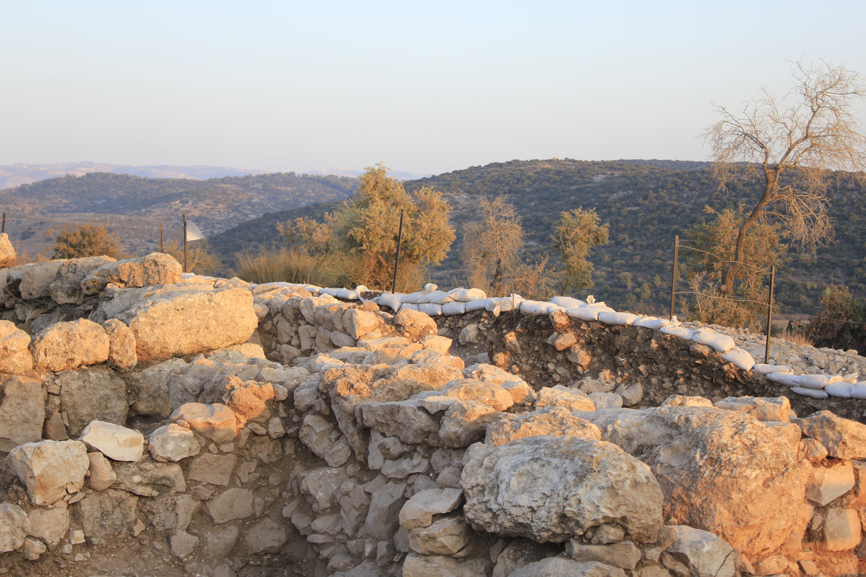 Excavations actually started in 2007, and eventually uncovered some 600 square meters of ancient city encircled by a 700-meter-long (2,300 ft) city wall constructed of stones weighing up to eight tons each. In 2013 a large building was discovered and many believe that this was the King David’s Palace, although further analysis is needed to verify this.

Shaaraim is a site that we include on many of our tours today. It isn’t the easiest to get to, but well worth the effort!

Khirbet Qeiyafa may be a fairly new addition to the list of amazing Holy Land sites, but it’s a very special addition and one many of our tour groups thoroughly enjoy! Once again the Bible comes to life as you walk in this amazing land where the kings and the prophets walked…

Why visit the Holy Land?

The Holy Land, Ein Gedi Why should all Christians visit this fabled destination? The Holy Land is where it all started; the...
Read more

Multiplication mosaic, Tabgha, Israel “We have here only five loaves and two fish.” – Matthew 14:17 Tabgha is an area located on...
Read more

Bethlehem: a must-see on any visit to the Holy Land

The small Judean city of Bethlehem is perhaps one of the most beloved cities in Israel for Christian pilgrims; for...
Read more