A life-changing encounter with the Sea of Galilee! 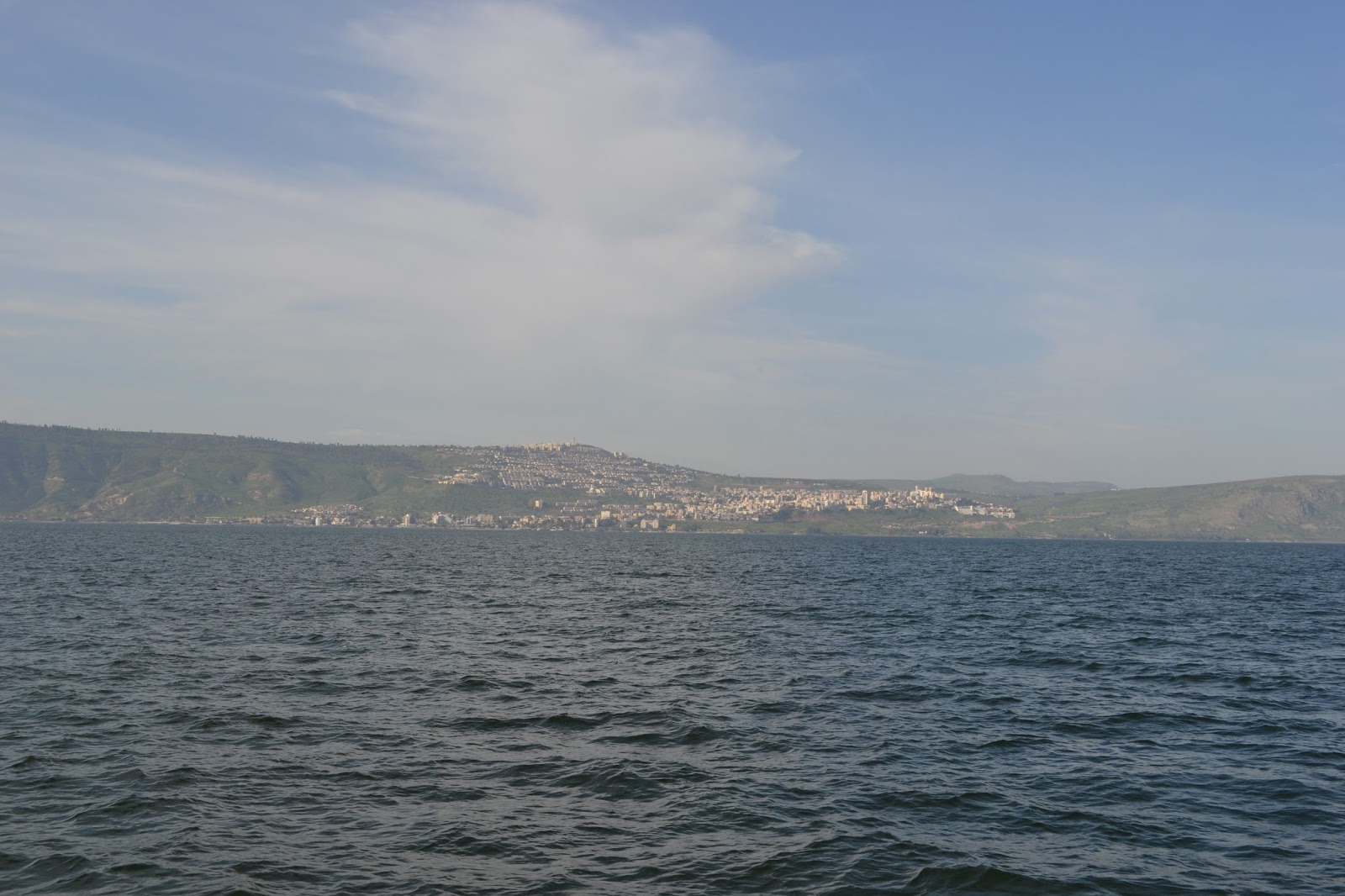 We hosted David and his wife on a tour of Israel back in February, and even though it’s been a few months, David was so thrilled by his experience he has started a blog all about his tour of Israel.

As David puts it, there is just something incredible about visiting “the places where the kings and prophets of Israel walked, where Jesus changed the world, and where the disciples proclaimed the gospel.”

The first post on his blog describes his unforgettable encounter with the magical Sea of Galilee.

Take it away David…

We arrived early in the morning at the west side of the Sea of Galilee.
After a short sleep, we woke up to a sunny yet hazy morning. After a
filling breakfast, we piled into the tour bus and headed for our first
“tour” of the trip – a boat ride on the Sea of Galilee. We boarded a
modern vessel with a ancient flare to its design. Out on the lake, we
listened to worship music while we took in the sights from the sea. We
could see the cities of Tiberias and Migdol on the east shore of the sea.
To the north, barely visible through the haze, was Mount Hermon.

Early in boat ride, I just stood there drinking in all of the sights,
impressed with the thought that we were on the sea where the disciples
fished, where Jesus slept in the boat when the storm came upon the
disciples, and where Jesus walked on the water. It was just so much to
take in!

During another point in the trip across the lake, the owners of the boat
demonstrated the process of fishing with a net on the Sea of Galilee. He
gave it a shot, but no fish. Being with a group of pastors, they shouted
“throw on the right side of the boat” as the resurrected Jesus said to the
disciples when they were fishing without catching any fish (John 21).
When the disciples cast on the right side of the boat, the nets were
straining at the number of fish caught.

Following a couple of other stops around the sea, we stopped to a
restaurant where one of the menu items was the “Saint Peter’s Fish.”
The fish is served with head and tail on. The fish is a species of tilapia,
is very mild, and tastes quite good. I do not know if the fish we ate was
actually taken from the Sea of Galilee (I am told that the species is the
same), but the experience and food were great nonetheless.

After crossing the lake from east to west, we disembarked at Tiberias.
As we walked off the dock, we immediately experienced the Jesus Boat
Museum. The Jesus Boat (aka The Galilee Boat) was discovered in
1986 by two fisherman near Capernaum. The boat was raised from the
sediment and was restored over a period of years. It now rests in the
Yigal Allon Center. No one knows who rode in the boat, but it is known
to be from the time of Jesus and represents the boat design from that
period. What a sight to see a boat from the 1st century and have a
glimpse at the type of vessel Jesus may have ridden.

Here are some of the passages that recount the
time that Jesus and the disciples spent around or on this lake:

A note about the touring company with whom we journeyed. They
were fantastic! The company is EDI (Experience Destination Israel)
Travel, founded by tour guide Boaz Shalgi, a seventh generation
Israeli. His knowledge of the history and geography of Israel (modern
and biblical) is phenomenal. EDI took care of the details of our travel,
wonderful accommodations, and entry fees. We just showed up and
drank in all of the wonder of being in the Holy Land!

David, we enjoyed hosting you and your wife in February, and we were delighted that we could bring some of the stories of Jesus alive for you! Keep posting your stories on your blog, they are terrific! And we hope to see you very soon, back here in the Holy Land!

A life-changing encounter with the Sea of Galilee!

We hosted David and his wife on a tour of Israel back in February, and even though it’s been a...
Read more

We recently hosted a Pastors Tour through much of Israel and have to say, it was a great success! The weather...
Read more